- Share with friends
A brow lift is a procedure is used when there is extra skin on the for head associated with wrinkling and lowering of the eyebrows. This procedure significantly rejuvenates the upper parts of the face and eyes and is often combined with eyelid surgery.

Occasionally the hairline can actually be moved forward in someone who has a very long forehead with a high hairline. This is an innovative procedure that Dr. Green developed and which has been published with some of his colleagues who have also adopted this technique.

Brow lift can be combined with weakening of the corrugator muscles that cause the “11s” deformity of the mid-brow (often treated with Botox).

Occasionally a modified technique with elevation of just the lateral brow is used where the full brow lift technique is not needed. This is often done with eyelid surgery and reduces the amount to skin removed from the eyelids and thereby improves the eyelid scar by avoiding a junction between thin eyelid skin and the thicker skin above.

Call to set up a consultation. Dr. green will assess your needs and discuss in detail. 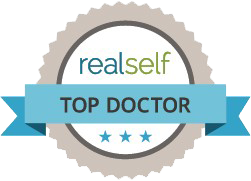